The Stages of IT: Part Two 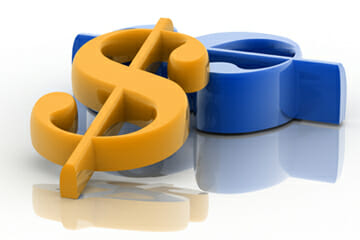 In Part One of The Stages of IT, we discussed the options for very small businesses and beginning startups. But what’s best for those companies that have made it past the lean years? Well, there are two traditional options:

Getting a dedicated person to be in the office is definitely a big step up from trying to manage your own network. And the good ones are usually pretty knowledgeable about certain aspects of IT systems. But sooner or later, having a single in-house IT technician isn’t enough. Sure, they can be down the hall when something goes wrong, but the problem is that one person doesn’t have the breadth of skills that even a small company needs, let alone be able to help more than one person at a time. So, they end up addressing only those issues that are the least time-consuming and within their skill set. People become frustrated and productivity drops. Which often leads to…

At this point, at lot of companies decide to either ditch or supplement their in-house IT person with a hourly or “block time” service. Having a company to field issues can solve the skills gaps – which is good. The reason it breaks down is because the system is basically a tug-of-war. Small companies want to avoid additional charges by just fixing what goes wrong when it happens, and the consultants want to bill as much time as possible.

That’s not to say that every IT company that bills by the hour is ethically dubious – far from it. But billing by the hour is just not a model that rewards companies when they fix things faster, become more efficient, innovate, or address potential problems. The high-minded conversations at the quarterly offsite (“we’re going to be proactive machines!”), get supplanted by the weekly metric of charge-ability (“how come you were only 65% billable last week?”). There’s little incentive to be proactive or provide better service. How do we know this? Because until 2004, Ripple worked the same way as everyone else – charging for time.

Of course, there is another option. Spoiler alert: It has something to do with companies that provide managed IT services at a fixed fee. Is the hair on the back of your neck standing straight up? Well then, stay tuned for Part Three.