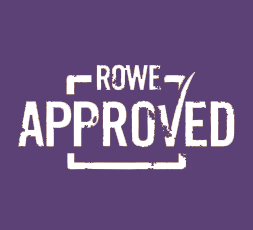 Inc. Magazine published an article about starting and running a business in Atlanta. In it, I’m quoted talking about how Ripple is a results-only work environment, or a ROWE. Today I’ve had a number of people ask me what that means. I thought maybe the best thing to do would be repost my previous post about Ripple and ROWE. Here you go:

I read Dan Pink’s book, Drive. In it, Dan basically unveils the science behind why freedom in the workplace is going to be this generation’s most important business revolution. Here is Dan’s TED Talk, which is a good primer for the book.

If you are familiar with a ROWE (Results Only Work Environment), think of Drive as reverse engineering why ROWEs work. If you’re not familiar with ROWE, here’s a good story from Business Week.

ROWE is basically the tactical implementation of the belief that people with freedom, trust, clear goals, and autonomy work better. I wrote a short essay in the Atlanta Business Chronicle about Ripple’s experience with ROWE last year:

Here’s the unedited essay (proving that there is a good reason to have editors…):

Ripple was never the kind of place to track every minute of people’s time, to watch over their shoulders. In 2002 there just 5 of us, things were pretty loose, and that’s how we liked it.  But by 2007 we had 23 people, and little things started to get in the way: John sees the doctor a lot. Judy always seems to be a little late. Sometimes Angie “gets” to work from home. Bob shows up, but never seems to get much done. So to resolve the tensions, the management team started making more rules, hashing out policies. Taking control.

That seemed to be the thing to do, right? Set more rules, do more policing. You know what? More policing sucks. It takes one chunk of the smart people and turns them into cops. And it takes the remaining smart people and turns them into children. One group gets control, the other loses control. Less real work gets done. Control, it turns out, is not the answer. Freedom is.

Finding Freedom • I first read about a Results Only Work Environment (ROWE) years ago, when Best Buy was pioneering it. It sounded awesome: People work where they want, when they want, so long as the work gets done. Work Utopia! But, like many Work Utopia readings, it lost my attention. Best Buy is a big, big company. Ripple is a small one. So it was hard to figure out how such a system might translate to me.  Hard to figure out how until last year when I was speaking with my friend Craig, whom I know through Entrepreneur’s Organization (EO). He said that his company,Matchstic, was a ROWE. His 10-person company was a ROWE, and it was working. I had to dig deeper, so I talked to Craig for hours. I had him come in and talk to my team, and we all read the book, Why Work Sucks. Three months later, Ripple was a ROWE.

The Freedom of Freedom • What does it mean to be a ROWE? Well, in a ROWE, people are responsible for themselves, their teams, and their results. Goals are set together, but tactics are largely left to individuals and teams. There is no babysitting. People and teams are judged by their outcomes (this is both easier and harder than I thought it would be). At Ripple results are things like how many service cases get closed. How happy clients report that they are. Sales numbers. Results Only. Pretty much the way you want to be judged, right? Well, there’s a good reason for that: It’s how everyone wants to be judged.

The Hard Part • Here is the hardest part about a ROWE: Figuring out what constitutes acceptable results. But we should have been doing that anyways. In a traditional work environment things like working long hours, being at your desk, and watching your time are proxies for results. Terrible proxies. Plenty of people can show up everyday and turn in lousy results. Ripple was using those proxies because we didn’t have the discipline – or the courage – to let results speak for themselves.

The Best Part • We were very new to ROWE when the article was publish, but the resulting freedoms – for people, innovations, and management – had already buried themselves in the culture. Management policing is gone for the simple fact that no one at Ripple is going to let a poor performer screw-up a marvelously free work environment. Here’s a result that makes it all worthwhile: I spend 50% less time managing people and enforcing rules, leaving me me free to think about other things. Like how to grow my businesses.

A ROWE Newbie at Ripple

Ripple, ROWE, and the Intern