Is It Time To Retire That Old Wireless Router? 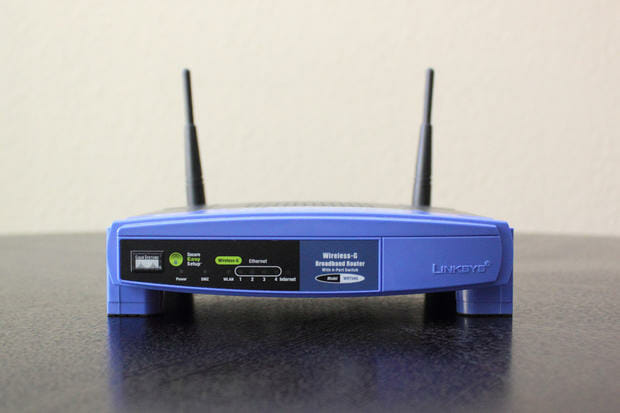 If you are looking for tips on determining if your router is obsolete or insecure…you are in the right place.

But before you dive in ask yourself: what would it be like to be totally secure no matter where you work from?

These days working from anywhere is part of the deal. So it is important to be as secure as possible at all times. That is why Ripple introduced Worksafe.

It is a purpose-built solution that literally makes you vanish from the network. No more having to tether to your phone at the coffee shop to make sure you are secure.

How old is your wireless router?

If you’re like countless others, your wireless router has been collecting a layer of dust as it has silently served you all these years. Unfortunately, wireless routers are usually one of those appliances that the majority of people set up and forget about.

Although most people think if it’s doing its job, just leave it alone…that couldn’t be further from the truth. Here are four reasons why it might be time to buy a new wireless router, as described by About Tech:

Hackers are constantly finding bugs in things like the encryption algorithms used to secure networks, flaws in operating software, etc. Fortunately, manufacturers release patches to fix these holes. But if the patch is not installed by the user or their firmware is not updated to fix the issue, then they become vulnerable to an attack.

As with most products, wireless routers have a product lifecycle. If your router is somewhere at the end of that lifecycle, there’s a chance it no longer qualifies for updates and upgrades from the manufacturer. If the manufacturer is no longer releasing updates for your specific router, then each new vulnerability that is encountered from the moment your router went unsupported, is now a very real threat to your network.

At this stage, you would more than likely want to upgrade so that you’re not open to new attacks that take advantage of weaknesses that will never be fixed.

2. Your wireless router doesn’t offer or can’t be upgraded to the latest wireless encryption standard.

When setting up your wireless network, you’ll usually choose to secure your connection with WEP, WPA, or WPA2.

WEP (Wired Equivalent Privacy) is the oldest wireless security protocol out of the three options and it has the most known security flaws. Of course, using WEP is better than no protection whatsoever, but far inferior to WPA and WPA2.

WPA2 (Wi-Fi Protected Access version 2) provides another layer of technology called Advanced Encryption Standard (AES) that secures the connection against unwelcome outsiders. Digital Crave explains that combining this with a strong password is the most secure wireless protocol to go with.

3. Your router doesn’t offer advanced security features such as guest networks or a built-in firewall.

If your router is older and no longer receiving firmware updates to add new features, you won’t have access to the security features provided in newer routers.

If you have an older router, you’re probably missing out on the chance to set up a guest network that will allow your guests to use your internet connection without gaining access to the rest of your network.

There are many other features that may not be available to older routers, including advanced firewalls, powerful parental controls, and content filtering.

4. A newer router may offer a performance boost.

Generally, the newer the technology, the faster the data rate will be. Chances are, when you set up your wireless network, it was for a single task. For example, allowing a laptop to access the internet without using a cable. As time has gone by (and technology has advanced), there have been many new devices to enter the scene that can use your Wi-Fi network…smart TVs, tablets, gaming systems, and printers to name a few.

If it’s been a few years since you installed your wireless router, your network is probably not able to handle this increase in demand. Older routers use older wireless standards: 802.11 B, G, and A. Whereas, newer routers use 802.11N and AC. Furthermore, some newer models have multiple antennae, often referred to as dual-band, to better handle multiple wireless devices at the same time.

None of this means you need to run out today and buy a new wireless router, but at least you can mark your calendar for when to retire Ol’ Trusty. However, if your wireless router is more than four or five years old, you should start thinking about replacing it.

The good news is: the latest wireless routers are easier to set up than models of the past, offering interview-like questions for users to click through during installation. That’s a piece of cake! And if you need further IT Support, consult your trusted MSP.

A ROWE Newbie at Ripple

Case Study: Atlanta Tech Village Trusts Their IT to Ripple