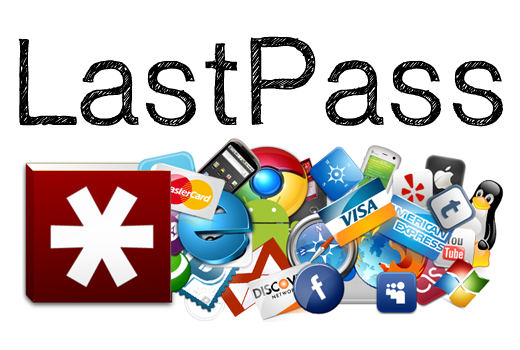 A few months ago, I realized that being a marketing coordinator for Ripple requires signing up for a ton of sites and web apps. And all of those require user names and passwords. Passwords which should be unique to each site. Before my days in IT, I was blissfully ignorant of the dangers of repeating passwords, and had no clue as to how one should go about creating the best password. Luckily, despite my ignorance, I was never the victim of a hacked account or, much worse, identity fraud. Still, I changed my ways once I got the lowdown on password creation from my fellow Ripplers. But now I had to manage all of these long, somewhat forgettable passwords and phrases I use on a daily basis.

Macs have KeyChain built into OS X, and it’s great for people who use only one workstation. But the downfall is that it’s local-only. All passwords and auto-fill information are hosted on that machine. As soon as you find yourself using another workstation, it’s useless. I, myself, have two Mac laptops, a PowerPC G5, and a Windows machine running XP Pro. They all have different operating systems, use different web browsers, and are rarely if ever on the same network. That renders any idea of syncing a password program across all my machines impossible. Well, certainly beyond my understanding as a video professional. So, I started looking into the emerging market of web-based password managers. The big names in this field are 1Password, KeePass, and LastPass. All of which store your data locally, as well as online through various encryption methods. But the big winner for me was LastPass, as it offers nearly everything the others do free of charge and it seamlessly integrates with nearly every browser on any modern operating system. And the paid version of LastPass, which includes tablet and smartphone support not available as freeware, is a incredible deal at just $1 per month. I haven’t bought into the paid version yet, but thus far the free version has been everything I had hoped for and more.

Now, no matter what machine I happen to be using, I can go online and log in to LastPass and all the passwords to every site I’ve previously added are available to me by way of a simple browser plug-in. And LastPass supports every major web browser on the market. So, using both Chrome on my MacBook Air and Safari on my archaic PowerPC G5 is no problem. I just sign in with my master password for LastPass and the rest can be filled in when I visit a specific site. Another great feature is that when you’re logged into LastPass, you can set certain sites to auto-login and others to prompt you when a password is available. That’s been particularly handy for me as I maintain several social media accounts, both personal and work-related, and like to choose between accounts instead of being stuck with just one user name and password option.

There are those out there that will boohoo storing any information online, and I definitely understand their concerns. However, from what research I’ve done, using a web-based password manager is no less safe than storing passwords by way of a local-only method. What’s more, using these kinds of managers eliminates the desire to write down passwords in text files, on sticky notes, or in a notebook that contains no encryption at all. For those people who know they’ll be using multiple workstations, logging into a ton of sites, and/or have multiple accounts on one site, having a web-based password manager that stores encrypted data on both your machine and in the cloud is something I recommend exploring. As for what password creation methods are the most secure, we have a little ditty on that in the works.

Advantages to Having a Flexible Workforce

(Not) Managing a Mobile Workforce