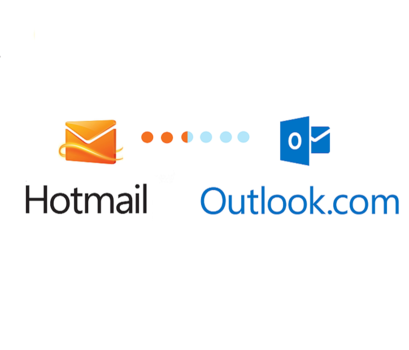 Hotmail is going the way of Zip drives and Qwikster. Not now, but soon and for the rest of your life. It’s all part of Microsoft’s rebranding of their quickly fading web-based email service.

Instead of revamping Hotmail or introducing a completely new product (something Microsoft hasn’t done all that well in quite awhile), the powers that be decided to take the popular Outlook client to the cloud. And it’s already getting good buzz, with over a million users having signed up in the first few hours of it’s debut on Tuesday.

Though still widely-used, Hotmail has been the butt of many jokes inside the tech world (which is not where I recommend you look for comedy). It’s due in part to the popularity of Google’s revolutionary Gmail service (and to a lesser degree Yahoo!). But the new web-based Outlook promises to be a real competitor, featuring a streamlined browser that makes sorting and composing emails pretty easy. For those used to Hotmail’s somewhat clunky interface, it should be a welcome change. And for those wanting an equally powerful alternative to Gmail, Outlook will not disappoint. Whether or not it will steal anyone away remains to be seen, as early sign up is not always indicative of sustained use (Google+ anyone?).