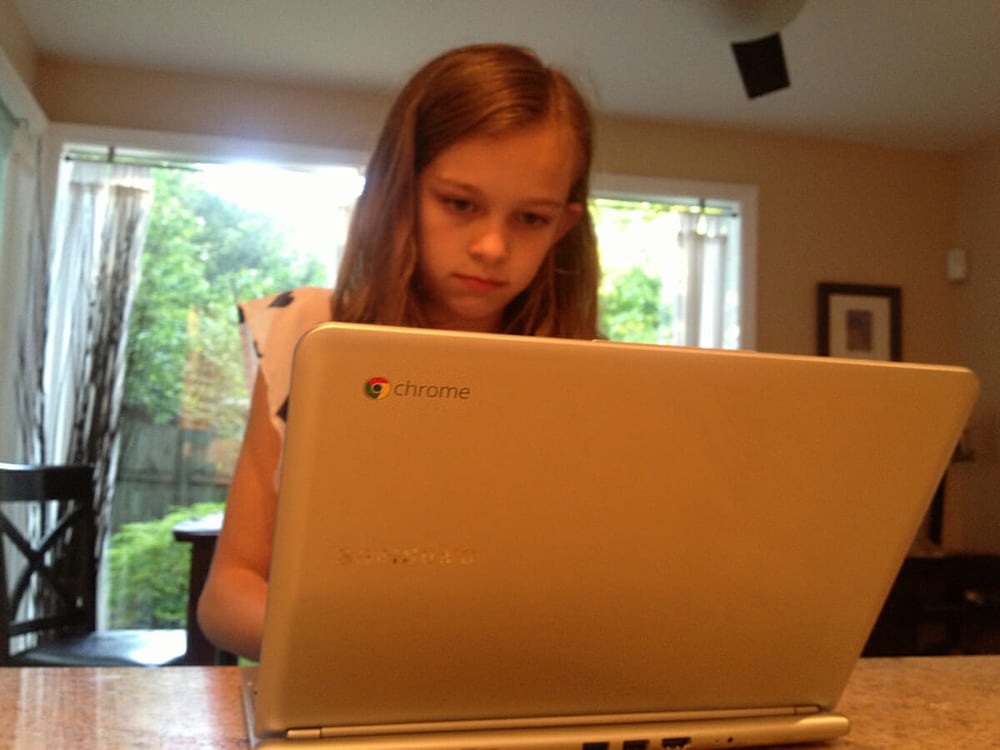 You’ve likely heard of Google Chromebooks already, but if you haven’t you can think of them as netbooks designed to run pretty much nothing but a web browser. That’s simplistic, I know, they can do more than that, but I think that is the key to their utility now and their feasibility for businesses into the future. So what are they good for? Well, we ordered one (a Samsung) to find out.

First let’s flash back to the relatively recent time of netbooks, which some industry analysts think will disappear this year. Netbooks are small, light, inexpensive laptops. Their trouble, in my opinion, is that many of them run a full Windows operating system, and you can install traditional Windows applications on them. But to keep them inexpensive and efficient they use Intel Atom or similar processors, which are really energy efficient and enable long battery life but are roughly 1/5 or less the processing power of a typical modern laptop’s processor. And netbooks typically have less than 4GB of memory, in which Windows struggles to operate. So a netbook can be frustrating to use, because the familiar Windows interface makes you think you are using a real computer until you experience how slow it is.

Jump back to the present, and consider that a typical Chromebook also has an Intel Atom processor and 2GB RAM. But like they did with Android, Google has mashed linux underpinnings with a custom UI and produced a very lean, stable operating system called…wait for it…Chrome OS. And the name is appropriate, because basically what this thing does is launch a Chrome browser. You can add Apps, which are really shortcuts to web-based applications, they don’t download and run locally. That difference by itself makes a Chromebook 60% less frustrating to use than a netbook, it doesn’t feel underpowered because really how much processing power and memory do you need to use a browser?

So is a Chromebook right for your business? Definitely not for everyone. But if your company uses Google Apps, and all of what you do on a regular basis can be done via a browser, then a Chromebook could be perfect. In trying this little Samsung out I realized that probably 85% of what I do on a daily basis is done via the web. And Google has the might and the will to move the world in that direction (replacing local software applications with web apps), as evidenced by Google Docs, Picassa, Hangouts, etc. and the plethora of other web-based applications from other companies.

Chromebooks are especially appealing to companies that already run Google Apps. You can centrally manage your Chromebooks and their apps, and they are inexpensive enough to have a few spares on hand. And with Chrome Sync you can easily switch from one Chromebook to another and have all your saved passwords, autofill info, apps, extensions, bookmarks, and even open tabs (!) go with you. You login to a Chromebook with your Google Apps account (or Gmail for personal use), which means you can control Chromebook access as easily as enabling/disabling Google Apps mailboxes.

So long story short, the answer is no, Chromebooks are not just netbooks with a different name. They are evidence of Google’s vision of a 100% web-based future, a future that might be closer than you think.

Welcome to Managed IT Services